In Memory of Roy DeBoer

In Memory of Roy DeBoer 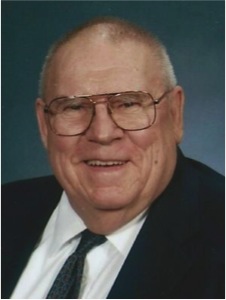 Born in Garfield, he grew up in Clifton, graduating from Clifton High in 1951. He received a B.S. in Landscape Design and Ornamental Horticulture from Cornell University, Ithaca, NY. While at Cornell he rowed Hwt. Crew, and was president of Pi Kappa Psi Fraternity. He earned his Masters Degree in 1959, while on the faculty at Rutgers University.

In 1955, Roy married his childhood sweetheart, Marilyn Perrius, and they raised two sons, Roy & Craig and moved to East Brunswick in 1959. Marilyn taught elementary school in South River till her passing in 1985. In 1987 Roy remarried, to Joan Sempkowski, an Assistant Dean at Rutgers.

Since 1963, Roy and his family have been members of Trinity Presbyterian Church, East Brunswick. He was the last surviving member of the original building committee, served as a ruling Elder and was a lifetime member of the choir.

He began his 50+ year teaching career in 1955 at Rutgers, served as a Full Professor, and Department head (25 years) and founder of the Landscape Architecture Program. In the 1960’s, he was Director of the Rutgers Gardens and in the 1970’s, he established the nationally accredited LA Program at Rutgers. He continued his involvement in the program through his retirement years.

He loved to teach and was dedicated to his students. He joked about never really having a job. He established the largest elective course at Rutgers University entitled EDA (Environmental Design Analysis) and had a customized license plate ROY EDA for many years. Selected as professor of the year at Rutgers/Cook College 4 times, he was recognized for teaching excellence Cook College Outstanding Educator Award, received the National Council of LA Educators Award, Excellence in Teaching from the National Assoc. of Land Grant Colleges, the Warren Sussman Excellence in Teaching award from Rutgers, the Jot Carpenter Excellence in Teaching from the National ASLA and was selected as a Fellow in the American Society of Landscape Architects.

During his career he was named to the NJ Nursery and Landscape Assn. Hall of Fame, was awarded a Gold Medal for Distinguished service, a lifetime membership award by the Garden Clubs of NJ. In 2008 just before retiring, he was awarded the Lifetime Distinguished Service award from Cook College and received the Fenton Outstanding Alumnus award from the Cook College Alumni Assoc. In 1998, the Rutgers Gardens named a portion of the gardens which he designed in the late 50’s as the Roy DeBoer Evergreen Garden.

He was a driving force behind recognition of the landscape architecture profession and state licensure by the State of NJ, and was presented with Lic. #.00001. In February, he was honored for his lifetime achievements with an award established under his name by the American Society of Landscape Architects was also honored in September by the Rutgers Gardens for Lifetime Service.

Roy and Joan were world travelers, all 50 states, 35 countries, and educational programs in Germany and South America through the LA Dept. at the University.

He was predeceased by his parents, Theodor DeBoer and Julia Kovaly of Clifton, his brother Ted of Brewster, MA, and his first wife, Marilyn Perrius DeBoer, in 1985. Surviving are his 2nd wife, Joan (Sempkowski) DeBoer; two sons, Roy K. and wife, Debi of Monroe and Craig B. of Oxford; a stepson, Eugene, and his wife, Carrie Sempkowski; a stepdaughter, Sharon Ciulla and her husband, Allen of Monroe; four grandsons, Lt. Cmdr. Derek DeBoer and his wife, Niki, and their children, Brayden and Avery and Lt. Brant DeBoer and his wife, Morgan, Dane DeBoer and Bryce DeBoer.

At the 2014 Annual ASLA Convention Roy DeBoer was presented with a Lifetime Achievement Award “In recognition of his continuous promotion of and dedication to the profession of Landscape Architecture in New Jersey.”  The awards presentation can be seen here.